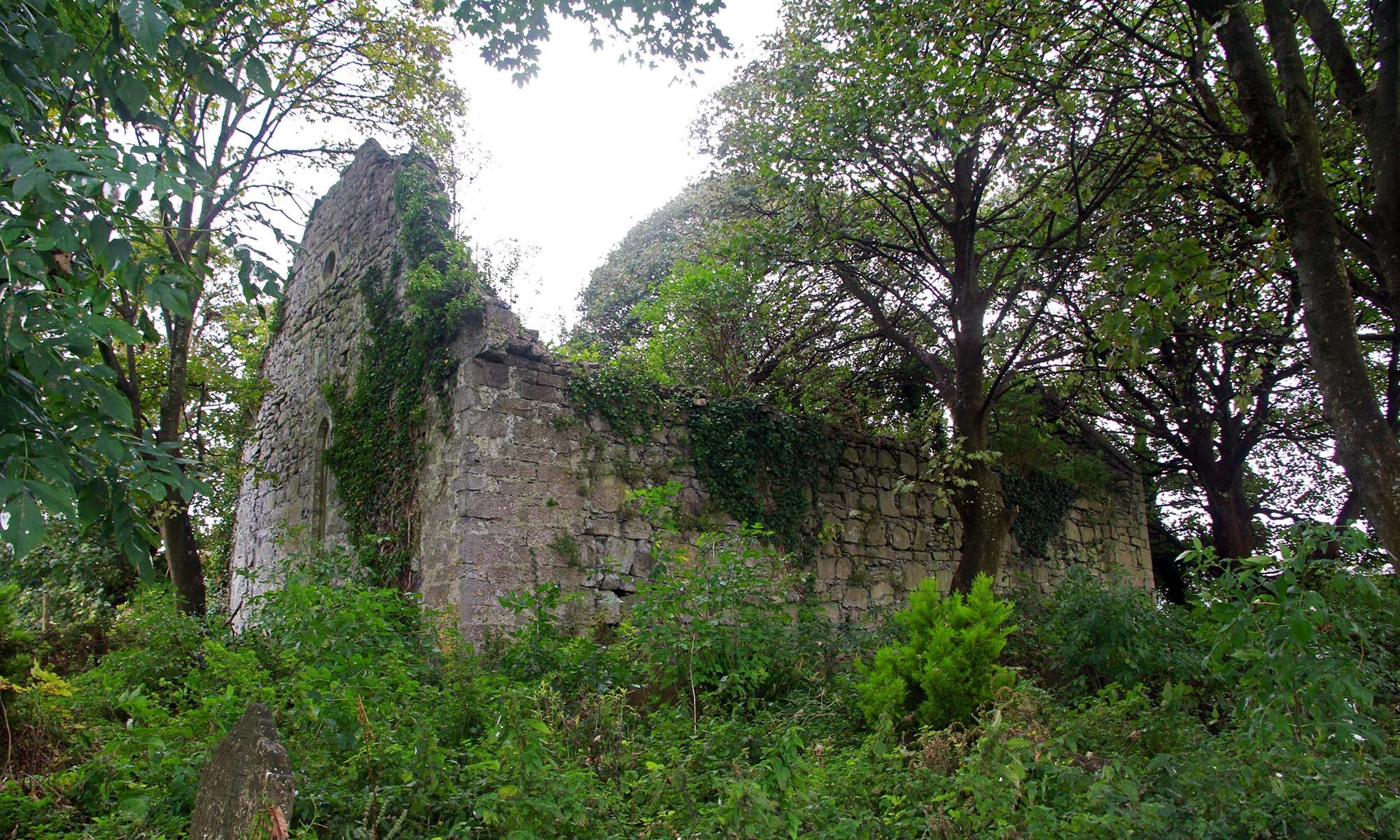 Fearing that Kinvara’s oldest building, Kinvara’s ‘hidden church’, is in imminent danger of collapse, a group of concerned Kinvara residents came together under the auspices of the community council to form the Kinvara Heritage Group. While the immediate aim of the group is to conserve the church and its graveyard, the group intends drawing attention to the area’s rich history and work to educate and preserve that heritage.

St. Coman’s Church dates from the 13th century, sited on a strategic hill at the head of Kinvara Bay. The name of the town, Cinn Mheara, leterally means the ‘Head of the Sea’. There was a much earlier monastic settlement on this site. Some records even suggest that a round tower stood here at one point.

One of the highlights of this ancient monument is a piece of 13th century graffiti carved on a corner stone. The depiction of a comical-looking figure is probably the work of a disgruntled stonemason, carved just before the building would have been plastered. This depiction forms our logo (left).

The Church, and its graveyard, have become landlocked over the past two centuries as streets were built up around the site, so that today there is no public access to the site. That, however, does not diminish it historical importance.

Many in the Heritage Group fell that it is incumbent on this generation to preserve this important monument for future generations of Kinvara people. Starting November 2017, emergency conservation work is being carried out to prevent the east gable from collapsing and to cut down overhanging trees that are a danger to the structure. This is initially being funded by a loan from the Kinvara Community Council. It is hoped to repay this loan by raising funds to conserve the building for our future generations.